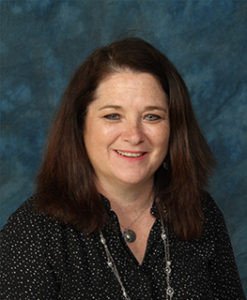 Peggy Mattimoe Sturgeon practices in the areas of employment law and education in her employment practice.  She provides a full range of employment law-related services to her clients, representing them in issues ranging from employment discrimination and wrongful discharge claims to non-compete and wage and hour issues, to the drafting of employee handbooks.  Her practice has taken her before the Sixth Circuit Court of Appeals, the Ohio Supreme Court, and numerous district and state courts, as well as federal and state administrative agencies. She counsels and strategizes with employers regarding their employment issues and policies, helping them avoid litigation or, if that is not possible, to be in the strongest position possible in the event of a lawsuit.

In her education law practice, Peggy represents families in the areas of student discipline issues and special education matters involving the Individuals with Disabilities in Education Act (IDEA) and Section 504 of the Rehabilitation Act. She represents students and their families at IEP meetings, mediation sessions, and in due process matters, and files and responds to special education complaints.

Peggy is admitted to practice in the State of Ohio, the United States Supreme Court, the Sixth District Court of Appeals, as well as the federal district courts in Ohio.  She previously served as a judicial law clerk in the United States District Court for the Northern District of Ohio for the Hon. Nicholas J. Walinski, David D. Dowd, and David A. Katz.  She is a member of the Toledo Bar Association where she serves as Chair of the Certified Grievance Committee, and the Ohio State Bar Association.  She also serves as the President of the Board of Trustees of the Aurora Project, Inc.